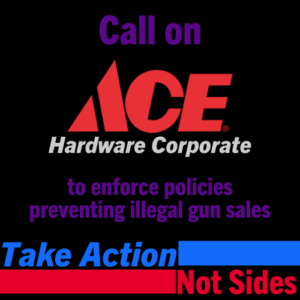 Sign the petition to tell Ace NOT to be the place with unsafe gun policies!

Many know Ace as the helpful hardware store, sadly last year they were known as the store that sold a gun to a straw purchaser which resulted in several innocent protestors being murdered while advocating for racial justice. We need them to hear our voice, enough is enough. 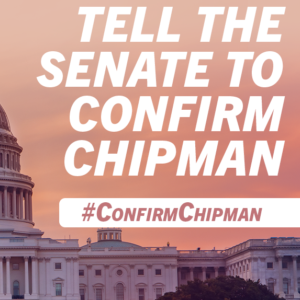 Contact your Senator to Support Biden's Nominee for the ATF

The gun lobby is pushing the Senate to block Biden’s ATF Director nominee. Click here to contact your Senator to support David Chipman. 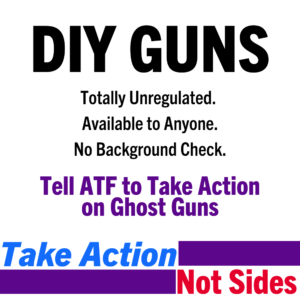 Fill out the form to leave a comment on the Federal Resister's comment page to voice your support for the ATF's proposed receiver rule change which could effectively close the Ghost Gun loop hole in America.