As President of the BRADY New Jersey State Executive Committee, Carole has helped turn New Jersey into one of the organization’s strongest states. She proudly acknowledges that she works closely with five other BRADY leaders in NJ– as well as numerous unaffiliated supporters. Although New Jersey doesn’t have a Chapter to cover each of their 21 counties, Carole makes sure that BRADY New Jersey is very visible in all areas of the state. She embraces the Community Outreach and Education aspect of the movement and has traveled throughout her state over the years in support of activities which include a park bench dedication honoring victims of gun violence; youth basketball tournaments to keep kids off the streets; legislative and outreach presentations at student symposiums on gun violence; Community Fairs in numerous counties; screenings of LIVING FOR 32, SHELL SHOCKED, 91%, Behind the Bullet; as well as victims/survivors tree planting ceremonies and rallies/candlelight vigils on the Million Mom March anniversaries led by her own Chapter in Mercer County. Carole was honored in July of 2009 with a Patriots for Peace award from the Coalition for Peace Action for her continuing efforts on gun violence prevention. And in October of that same year, she was presented with the Brady Center Advocate Award.

On legislative issues, it took a while for Carole to get comfortable. She still feels the greatest asset she brings to this area is her ability to recognize the best people for the job and backing them at every step along the way. But New Jersey is a very progressive state on the gun violence prevention issue and before long she was deeply engrossed in the passing of the Childproof Handgun Bill in 2002. BRADY New Jersey has organized lobby days and participated in press events to highlight pending GVP legislation. She was proudly wearing her Million Mom March t-shirt when honored to stand with New Jersey Governor Jim McGreevey after he signed the Childproof Handgun law into effect and with New Jersey Governor Jon Corzine as he signed into law the One Handgun A Month bill. She has continued to have a good working relationship with NJ’s current Governor, Phil Murphy. On the Federal legislation front, Carole has lobbied in DC as well as appearing numerous times with her Senators and Congressmen throughout the state. Legislators have called upon the BRADY New Jersey President to get her opinion on bills before considering their vote. She is extremely proud that BRADY New Jersey is so highly regarded on the local, state, and federal levels.

Networking is another area that Carole enjoys. Realizing that we must all work together to end this epidemic, she has developed good personal and working relationships with other gun violence prevention groups, law enforcement, politicians, victims/survivors, healthcare professionals, numerous religious affiliates, and various ethnic groups, as well as the legislators previously mentioned. Carole is committed to bringing about real change one step at a time. In her own words: "Fortunately, I have never been a direct victim of gun violence and I never want anyone in my family to be. So this is why my husband, Tom, and I continue to trudge through the day-to-day challenges of gun violence prevention. I still believe that together we CAN make a difference!” For the sake of her son, her daughter, and her wonderful grandkids, Carole keeps Marchin’.

Back to Team Members 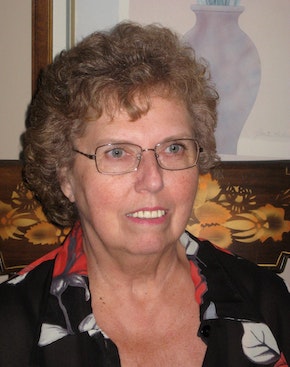